What is an initial public offering (IPO)? A primer on how crypto companies can go public. 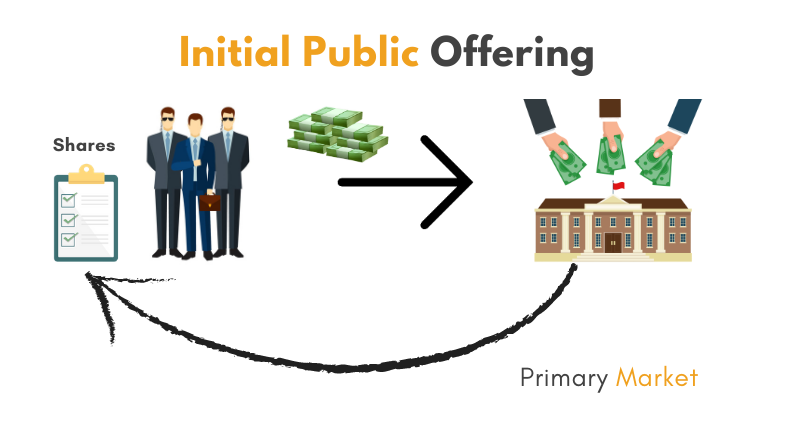 An initial public offering (IPO) is a process in which a private company sells crypto assets of its business to the public in new issuance. The process allows a cryptocurrency company to raise capital from public investors, but it will have to comply with regulations that force it to increase its disclosures and transparency.

Before an IPO, a company is considered private and is owned by a relatively small number of stakeholders. These stakeholders can include early investors like founders, the founders’ family and friends, or venture capitalists who provide capital to companies with high growth potential.

To launch an IPO, a crypto company needs to engage with underwriters or investment banks, which are parties that evaluate and assume risks in exchange for a fee, to launch their coins to the public. Underwriting is the procedure through which an investment bank (the underwriter) serves as a broker between the issuing firm and the general public to assist the issuing company in selling its initial set of coins.

After an IPO, the company’s crypto assets trade on a crypto exchange, which is a market where securities are bought and sold. As a result, an IPO is often known as “going public.” Being publicly traded also increases reporting standards because of regulatory requirements, and improves the perceived prestige of the crypto company, as it manages to meet all of its obligations.

Businesses start off being privately owned. When they grow to a point where they can deal with publicly traded benefits and responsibilities, they start advertising their interest in being listed on a crypto exchange.

How an IPO works

When a company has matured to the point where it can handle the responsibilities of being publicly traded and is looking to benefit from the prestige, added volume and exposure from an IPO, it starts to show interest in the process of going public.

However, initial coin offerings (ICOs) are used to sell crypto equity to the general public. Blockchain firms seeking funding can sell cryptocurrencies to the public as traditional stocks do through initial public offerings (IPOs). The issuance of digital tokens that backs an organization’s equity shares is referred to as crypto equity. It’s becoming a popular technique for businesses to raise funds by issuing cryptocurrencies. When users buy crypto stock from an ICO, the company’s shares are placed in digital tokens into their blockchain-hosted account.

Companies have two ways of showing interest: They may solicit private bids from underwriters or investment banks, or make public statements regarding their interest in an IPO to generate interest from the concerned parties and the public.

The company going public may choose one underwriter or a syndicate of underwriters to manage different stages of the IPO process. The investment bank or an underwriter is chosen based on its reputation, research quality, industry experience, distribution (i.e., whether the investment bank can provide issued securities to more institutional or individual investors) and the firm’s previous association with the investment bank. These underwriters help manage every aspect of the process, including preparing for the filing, documentation to be shared with regulators and the public, due diligence, marketing, how coins will be issued and at what price.

A team of underwriters, lawyers, certified accountants and regulatory experts is often assembled to be registered under the IPO (with market regulators in the country where the coins will be made available). In the United States, a filling has to be made with the Securities and Exchange Commission (SEC).

A reverse IPO is another method private cryptocurrency companies can use to start being publicly traded. In a reverse IPO, a private company takes control and merges with a dormant public company.

Often, these dormant public companies are businesses set up with the specific purpose of going through an IPO so they can later be used to help private companies go public. A reverse IPO is a process that takes between a few weeks to a few months, while a conventional IPO process can take up to a year.

A reverse IPO is used to become publicly traded without any investment banks or underwriters being hired and any capital being raised and occurs when a private company acquires a publicly traded company. Companies that go public through reverse IPOs, which are also known as reverse mergers, still benefit from the advantages of being publicly traded, including the added liquidity. Liquidity refers to the ease with which an asset can be bought or sold.

During market downturns, investors may not be willing to risk their funds on a newly listed company, leading to unsuccessful IPOs. Reverse IPOs are less affected by market conditions than conventional IPOs, which rely on investor demand to sell their coins.

One such alternative is a direct public offering (DPO), also known as a direct listing, in which companies offer securities directly to the public to raise capital without using underwriters. In a DPO process, investment banks are hired as financial advisors who help with regulatory and exchange approvals and find an initial share price.

DPOs may be especially attractive to cryptocurrency businesses that are well-known in the digital assets space. Such an offering substantially lowers the cost of going public by cutting out the middlemen; direct listings do not dilute the value of existing coin holders’ equity, which also means the company does not raise funds.

Initial public offerings have a number of advantages for companies with the main one being raising capital. For cryptocurrency companies, a significant advantage is the increased exposure and the added prestige that comes with being publicly traded.

Publicly traded companies have to increase their transparency, as they have to update investors and shareholders every quarter on their financial and strategic situation. Increased transparency and the prestige of following every regulatory requirement to IPO and maintaining a public listing give crypto companies a better public image, benefiting the sector as a whole.

A company’s increased exposure while being publicly traded may also bring in new customers. A crypto company that has worked with regulators and crypto exchanges to IPO is bound to be more trustworthy than a business in an early stage. Moreover, the quarterly reporting clarifies a crypto company’s financial situation, leading to more favorable credit borrowing terms.

As anyone in the public can buy and sell the company’s coins, the liquidity of these coins receives a huge boost. An increase in liquidity adds value for existing coin holders, as it makes it easier for them to sell part or all of their holdings.