Ethereum Outperformed Bitcoin Since June Bottom, Up by Nearly 100%

Ethereum (ETH) has scaled heights more than Bitcoin (BTC) since they both hit 2-year lows in June. 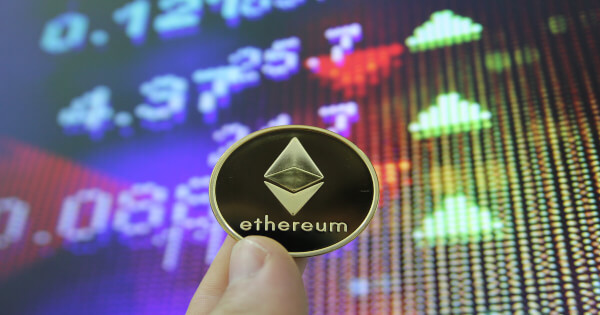 At the time, the Federal Reserve (Fed) news about interest rate hikes was still ripe, which bearishly impacted cryptocurrencies.

Nevertheless, the two leading cryptocurrencies have weathered the storm based on the upward momentum witnessed.

Ethereum’s price was hovering around $1,743 during intraday trading, according to CoinMarketCap. Bitcoin was trading at $21,939 during the same time.

The much-anticipated merge slated for next month is the major catalyst giving ETH the upper hand.

The transition from a proof-of-work (PoW) to a proof-of-stake (PoS) consensus mechanism called the merge is speculated to be the biggest software upgrade in the Ethereum ecosystem. Nevertheless, it has been elusive since its launch in December 2020.

Ethereum’s co-founder, Vitalik Buterin, recently hinted that the merge would happen around September 15.

Jacob Joseph, a research analyst at CryptoCompare, pointed out:

“It is reasonable to believe Ethereum can still rally as we edge closer to the Merge.”

Nevertheless, Joseph noted that the $2,000 level had become a significant resistance level. He said:

“However … $2,000 has proved to be a major resistance for Ether, and the asset needs more wind behind its sail to break that level.”

Once the merge rolls out, the PoS algorithm will enable the confirmation of blocks in a more cost-efficient and environmentally friendly way because validators will stake Ether instead of solving a cryptographic puzzle.