New crypto words are being enshrined into the book of language.

Since Merriam-Webster has validated a number of internet catchphrases and colloquialisms the modern youth today coin by including them in the dictionary, language elitists will have to get pretty chill with them fast.

Merriam-Webster has recently added 370 new words to its lexicon, which, for good or bad, correspond to the modern era, with terms relating to the global health crisis, the war in Ukraine, the so-called “bear market,” and rapidly changing technology.

The oldest dictionary publisher in the United States is making space for crypto.

“Altcoin” and “metaverse” are likely the most pertinent additions for crypto fans among the new terms added. 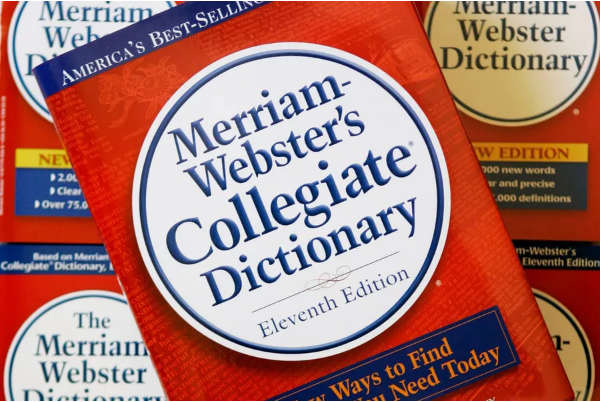 Crypto Words Not To Be Left Behind

The addition of “metaverse” comes as no surprise, as Facebook have been hogging the headlines about its aggressive foray into the virtual domain. “Altcoins” refer to all cryptocurrencies besides Bitcoin.

“Words provide a window into our ever-changing language and culture, and they are only added to the dictionary when there is clear and sustained evidence of their use,” Peter Sokolowski, editor-at-large for Merriam-Webster.

This year, among others, Merriam-Webster added the following:

laggy : having a slow or delayed response

greenwashing : a marketing tactic used by companies or organizations

The list of new words contains additions that vividly depict how the past few years have transpired for everyone.

The term “booster,” which became popular after the COVID-19 pandemic, has its own entry in Merriam-Webster’s book, as do “false positive” and “false negative” lab test results.

Other terms on the list will serve as constant reminders of the the economy’s condition in 2022, such as “shrinkflation,” the practice of lowering a product’s amount or volume while offering it at the same price, and “side hustle,” which means any type of job done in addition to one’s full-time employment.

‘Metaverse’ And ‘Altcoin’ Immortalized In Lexicon

According to Google Trends, “Metaverse” is the most searched term in the following five nations: Singapore (No. 1), Turkey, China, Cyprus, and the UAE.

In 2021, crypto-related technologies such as non-fungible tokens (NFTs) were deemed the Word of the Year by Collins Dictionary.

NFTs play an important role in the metaverse because they help provide a neutral element for acquiring digital assets that are transferable between virtual environments.

“Some of these words will inspire or amuse, others may trigger debate. Our job is to capture the language as it is used,” Sokolowski added.

This article was originally published on  bitcoinist.com