Coinbase (COIN) shares plunged by more than 9.3% as U.S. markets opened on Thursday after Wells Fargo issued a profitability warning.

Coinbase shares changed hands at $61.05 shortly after the opening bell, according to NASDAQ data (via TradingView). 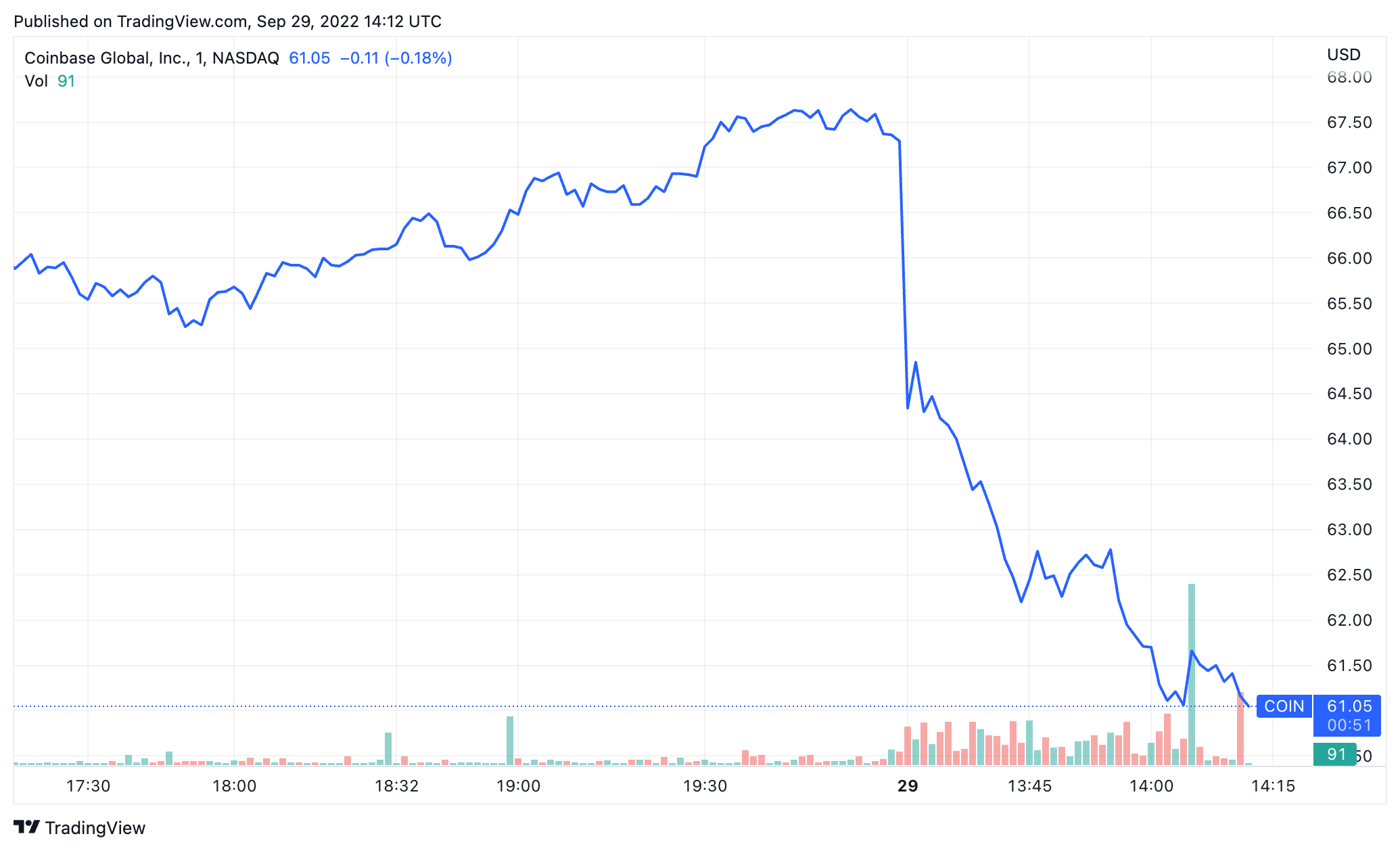 Wells Fargo set a $57 price target for Coinbase, with analyst Jeff Cantwell arguing that the challenging environment at present will put downward pressure on the exchange. Cantwell also noted the decline in retail pricing as a contributing factor to the downgrade.

Coinbase has come under pressure throughout the summer, with Cathie Wood’s Ark Invest dumping COIN shares worth around $75 million at the time. While the price did rebound on the news of its partnership with BlackRock, its earnings appeared to underwhelm. The exchange noted that it expected to underperform in the third quarter.

Competition from rival exchanges, such as Robinhood entering the self-custody wallet space this week and Binance.US cutting fees on certain spot pairs, has increased the pressure on the exchange as volumes on North American platforms continue to tick lower.

This article was originally published on  theblock.co