Hotter than expected U.S. inflation pushed bitcoin below $21,000 while the price of ether dipped under $1,600 as crypto tracked traditional financial markets lower. 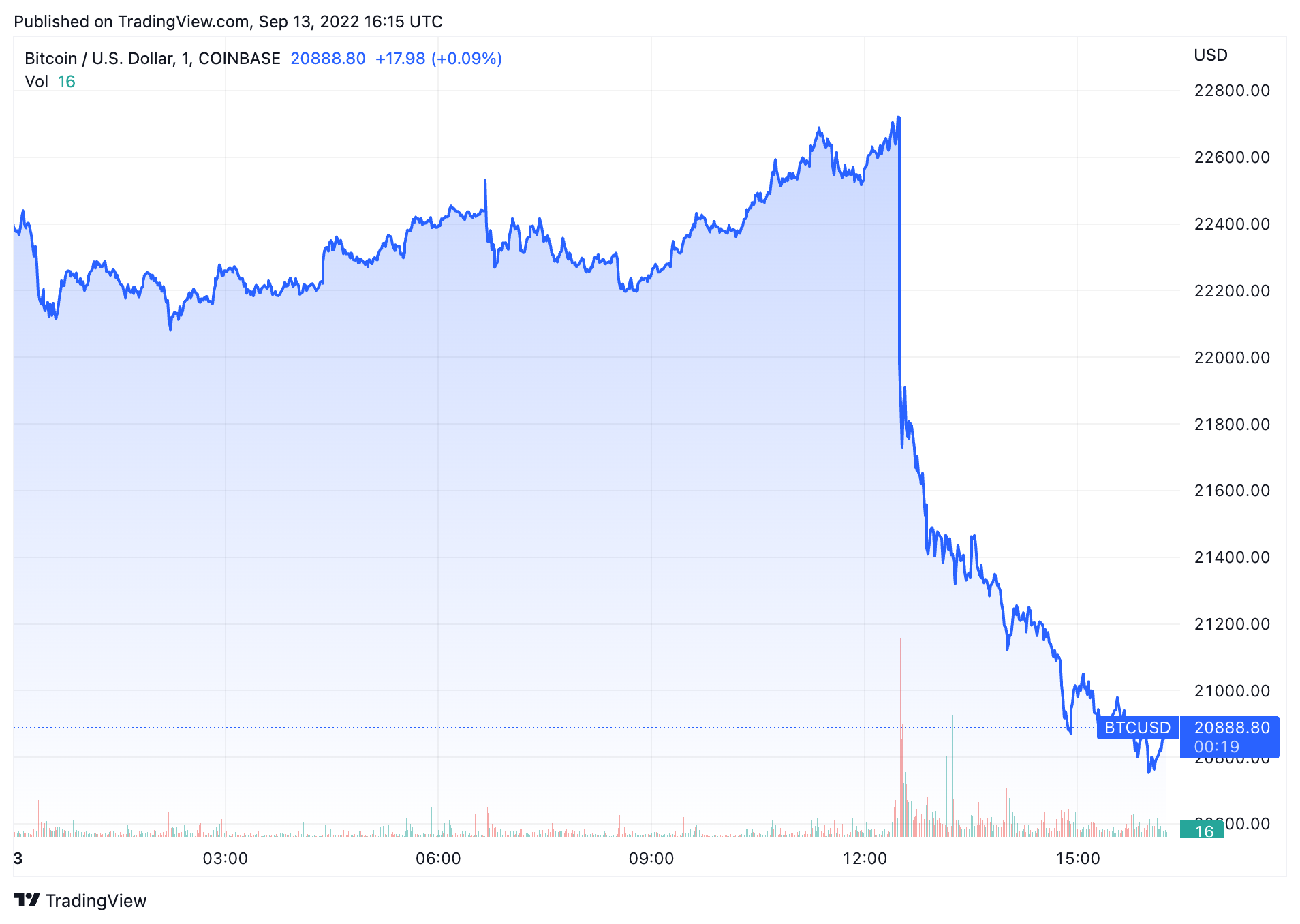 Ether’s losses over the past 24 hours are even greater than bitcoin’s, dropping more than 6% to $1,598, per Coinbase data. 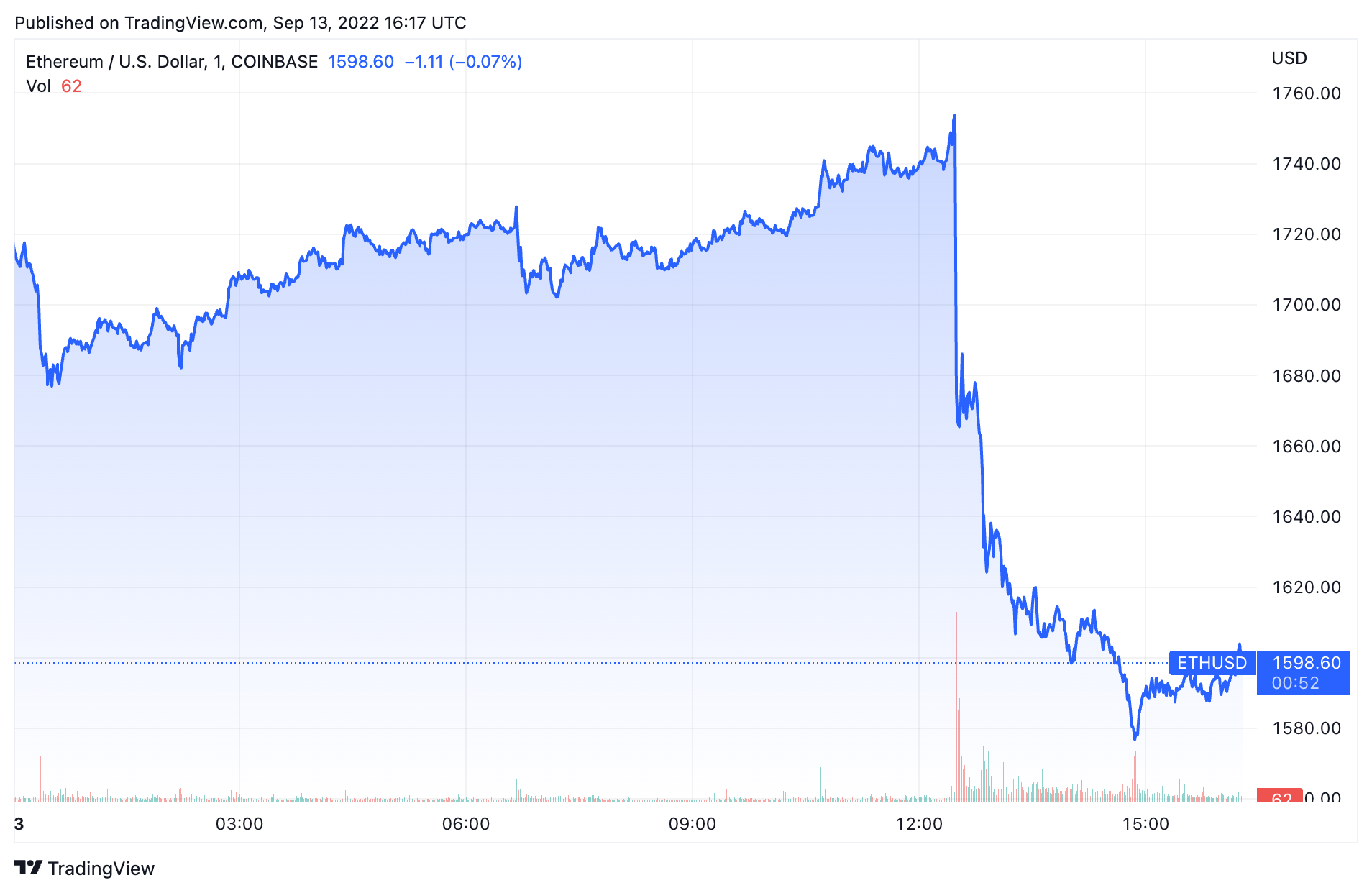 A higher inflation figure would most likely result in further selloffs in the equity and crypto market, according to 21.co research associate Adrian Fritz. “Since this would lead to an even more hawkish Fed, that is expected to announce another interest rate hike next week,” he said.

The S&P 500 was down almost 3% at the time of writing, while the Nasdaq composite shed a little over 4%, with markets digesting the the surprise data with just eight days to go to the Fed’s next decision on interest rates.

Ahead of the inflation news traders had been factoring in a hike of 75 basis points, however, according to the CME’s FedWatch dashboard the market is now predicting an 20% probability of a 100-basis-point hike at next week’s meeting. 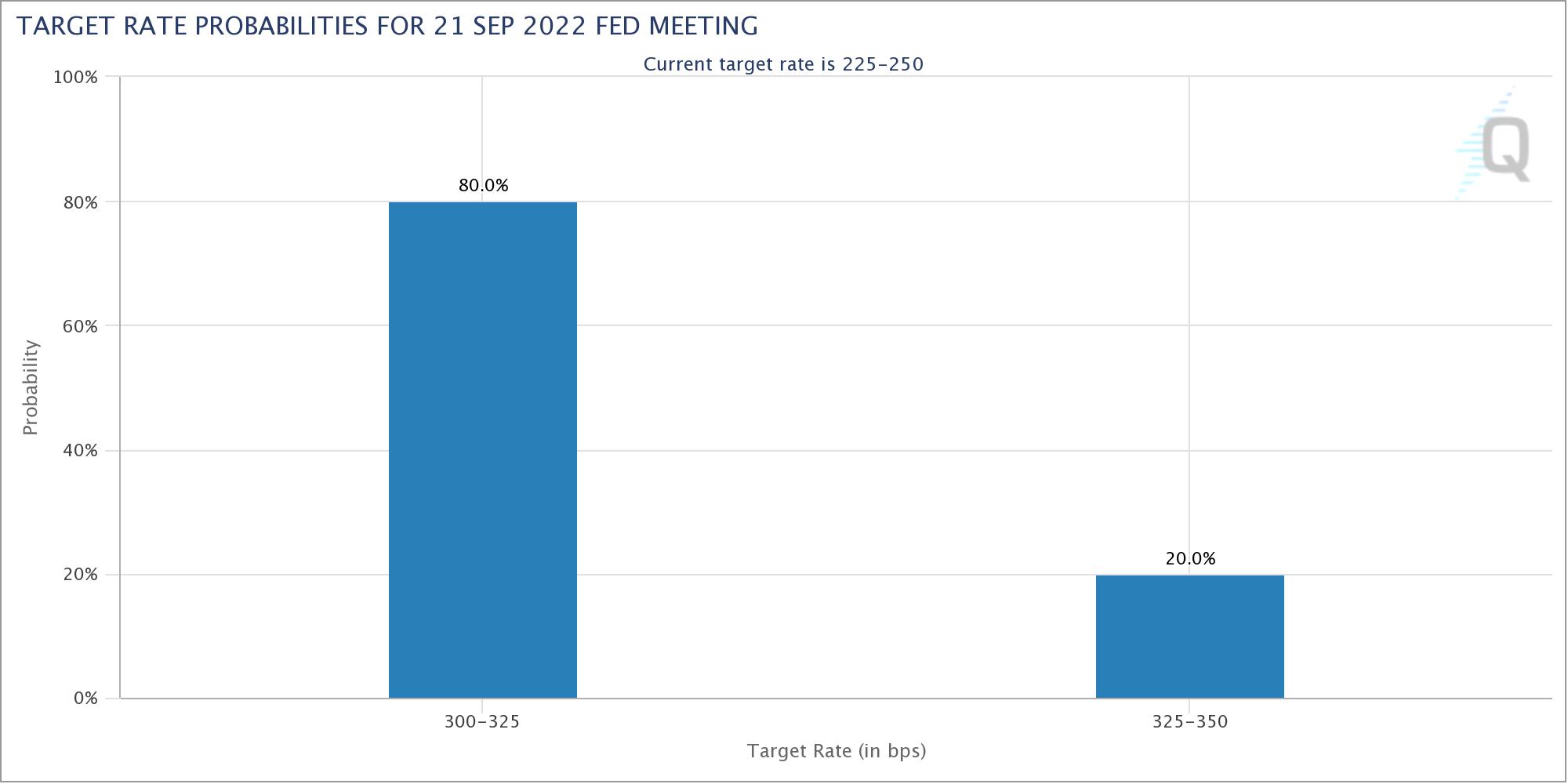 Elsewhere, the DXY index, which measures the U.S. dollar relative to a basket of other foreign currencies, was back up, gaining 1.3%. FTX’s Sam Bankman-Fried said that the dollar dominance and inflation has affected crypto markets this year, and today’s price movements appear to reinforce that assumption.

This article was originally published on theblock.co