Ethereum (ETH) continues to be at the centre stage after undergoing its biggest software upgrade called the Merge, which saw a transition from a proof-of-work (PoW) to a proof-of-stake (PoS) consensus mechanism.

With weekly social engagement levels surging by 53%, active addresses were deemed to increase based on the speculation triggered by the much-anticipated Merge.

Nevertheless, Santinent acknowledged that there was heavy dominance of two addresses. The crypto analytic firm stated:

“According to our Ethereum Post Merge Inflation dashboard, 46.15% of the proof-of-stake nodes for storing data, processing transactions, and adding new #blockchain blocks can be attributed to just two addresses. This heavy dominance by these addresses is something to watch.”

On the other hand, hodlers had heavily staked in the Ethereum 2.0 deposit contract prior to this event. Crypto analyst Ali Martinez pointed out:

“ETH hodlers have staked more than 13.7 million ETH in the Eth2 Contract ahead of the Ethereum Merge, that’s more than $22 billion.” 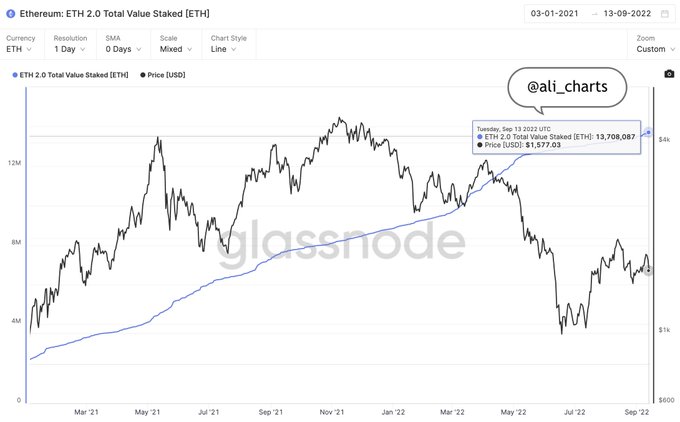 After the Merge went live, it did not trigger a bullish momentum in the Ethereum network as anticipated. The second-largest cryptocurrency was down by 9.69% in the last 24 hours to hit $1,458 during intraday trading, according to CoinMarketCap.

“Ethereum is currently sitting on the neckline of the Head and Shoulders pattern Breakdown Target: $1000.” 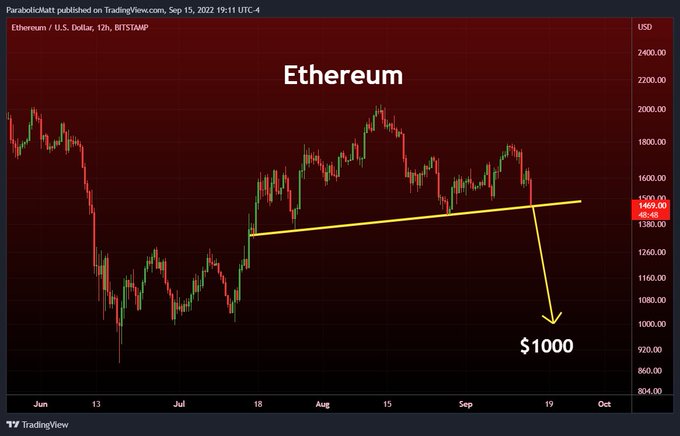 Therefore, time will tell how Ethereum plays out in the post-Merge era.